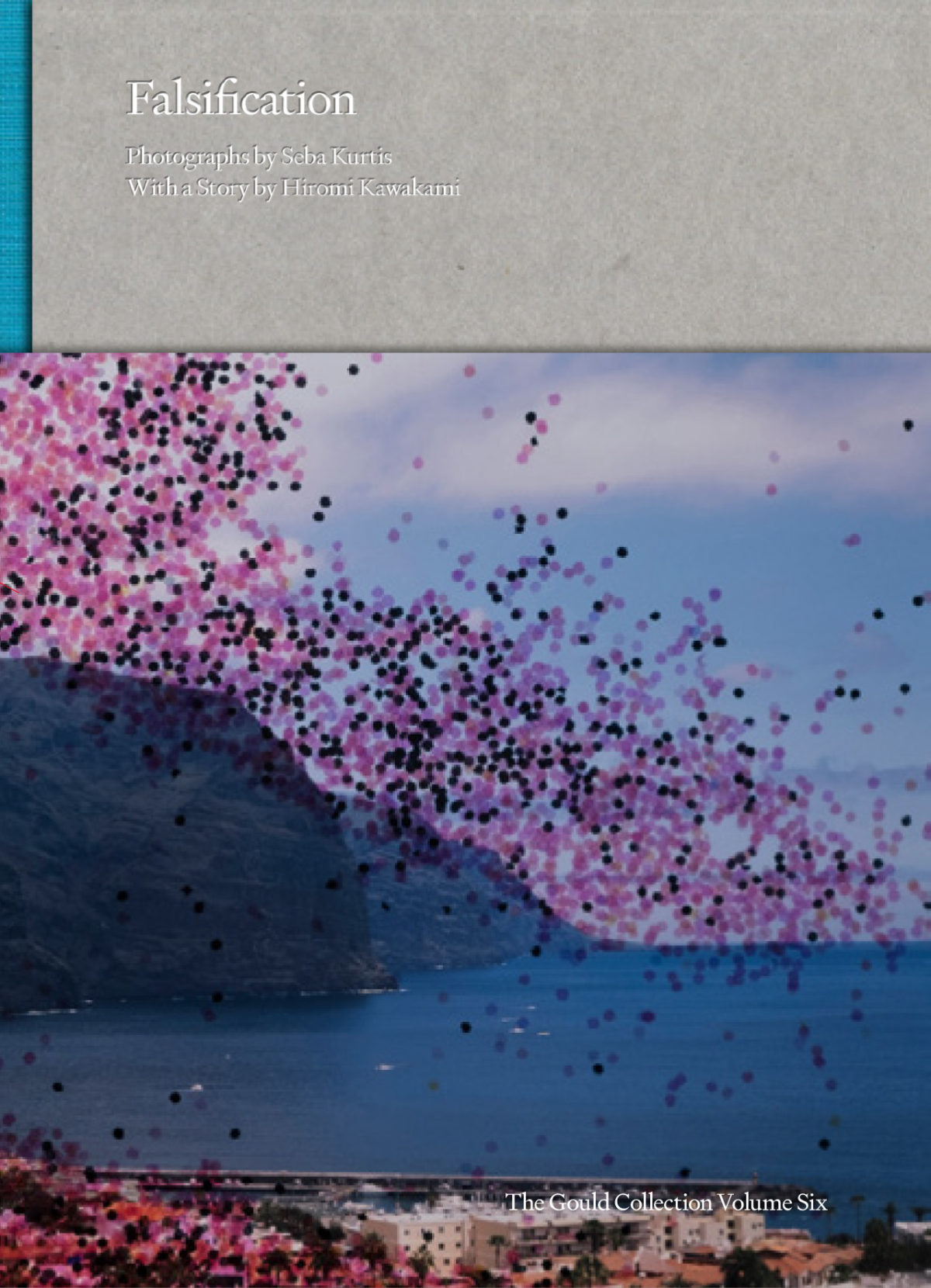 For Falsification, volume six of The Gould Collection, altered realities—by choice or coercion—inform the pairing of photographs by Seba Kurtis with a short story by Hiromi Kawakami. Conflict, whether national or local, transforms and imprints lives. Some flee, others remain, but all are marked by the trauma. Memories of what was are often elusive or completely altered, even after life regains some degree of normalcy.

60€  Regular edition
275€ Special edition with a print
USA, EU and Japan shipping: 7€
International Shipping (the Rest of the World, including UK): 35€

The Gould Collection is a series of books created to honor the memory of Christophe Crison, a photobook collector from Paris who died prematurely in 2015 at the age of forty-five. Since its inception in 2016, The Gould Collection’s editors have brought together a diverse group of photographers and writers from around the world. A shared thematic sensibility underlies the editors’ selection of the photographer-writer pairings presented in each volume. There are commonalities but also differences. Somewhere in between lies an ambiguous space that destabilizes reader assumptions—inviting shifting perspectives and a fluid interaction between words and images.

About Seba Kurtis
Seba Kurtis is an Argentine photographer who studied journalism in Buenos Aires before leaving for Europe in the wake of Argentina’s 2001 political and economic crisis. His work, informed by his five years spent as an illegal immigrant in Spain, explores the dynamics behind irregular migration and the resultant impact on culture, society and the individual. Rendered through unorthodox and experimental photographic techniques, his images expose stateless individuals as they navigate treacherous terrain and uncertain futures. Currently based in Manchester, UK, he exhibits his photographs internationally, with recent solo shows in Europe and the United States.

About Hiromi Kawakami
Hiromi Kawakami is a contemporary Japanese writer known for her idiosyncratic novels, short stories, poetry and literary criticism. Her stories incorporate elements of fantasy and magic realism, weaving surreal tales from ordinary experiences. She has won numerous literary awards in both Japan and abroad. Many of her books have been translated into English, Spanish and Italian, among other languages, and include Strange Weather in Tokyo, Record of a Night Too Brief and People from My Neighborhood. English translations of her short stories have also appeared in The Paris Review and Granta .